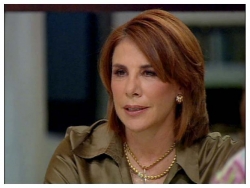 Sabina Berman was initially recognized as a playwright, four time winner of the National Theatre of Mexico Award along with a dozen critics’ awards. Berman inaugurates a new work practically every two years in Mexico and her works have been toured extensively within the country and in Canada, USA, Central-America and South-America. To mention a few; Entre Pancho Villa y una mujer desnuda (Between Pancho Villa and a Naked Woman, 1992); Muerte súbita (Sudden Death), Moliére, Feliz nuevo siglo doktor Freud (Happy New Century Doctor Freud); eXtras. She has also worked in cinema. Entre Pancho Villa y una mujer desnuda (Between Pancho Villa and a Naked Woman, 1992), co-directed by Berman and Isabelle Tardan, was translated to celluloid in 1994 and represented Mexico in the Oscars that year. El árbol de la música (The Music Tree, 1995), also co-directed by Berman and Isabell Tardan also represented Mexico in the Oscars. Backyard (2009) written by Sabina Berman, produced by Tardan/ Berman and directed by Carlos Carrera, won various international awards, among them; Habana Film Festival and the silver metal in the Film Festival in Toronto as well as several “Ariels”, award delegated by the Mexican Academy of Arts and Cinema. She is considered as one of the most esteemed playwrights by the public and critics of Mexico. In prose she has written two short books and two journalistic chronicles: Un grano de arroz (A Grain of Rice) and La bobe (The bobe). Democracia cultural (Cultural Democracy) and Un soplo en el corazón de la Patria (A Murmer in the Heart of the Nation). From 2006 she is a columnist for the influential weekly magazine Proceso and for the two most prestigious literary magazines in Mexico; Letras Libres and Nexos. Sabina also presents a weekly talk show, Shalalá, interviewing cultural personalities on television. She has also been two time winner of the National Journalist Award. From 2009 she has been writing a screenplay for the director Alejandro González Iñarritu (Babel, Biutiful). La mujer que buceó dentro del corazón del mundo (The Woman Who Dove into the Heart of the World, Ediciones Destino 2010) is her first novel.