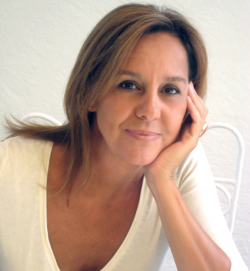 María Dueñas has a PhD in English Philology and was a full professor at the Universidad de Murcia. She has also taught at American universities, and has written academic papers and participated in numerous educational, cultural and editorial projects.

Time In-Between was her first novel and an overwhelming success. It was translated into 35 languages and inspired a successful television series all over the world.

Her second novel The Heart Has Its Reasons (2012) was a best seller in Spain in 2013 and translated into 20 languages, following in its predecessor’s success.

In 2015 María published La Templanza and in 2018 Las Hijas del Capitán, both were at the top of the lists all year long. Sira, just published in April 2021, is her fifth, and much anticipated, novel.