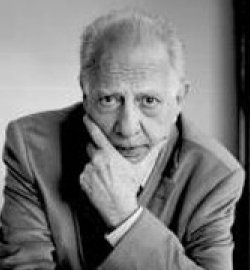 Sergio Pitol (Mexico, 1933) is the author of eight short story books, among which figure Mephistos' Waltz , published in Spain by Anagrama and awarded (with it's original title Bukhara Nocturne) the Xavier Villaurrutia Novel Award, for best short stories collection published in Mexico in 1982, and five novels: The Flute's Twang (1972), Floral Games (1982), Love Parade (1984), winner of the Premio Herralde de Novela, Taming the Wild Heron (1988) and Married Life (1991), published in the aforesaid collection. These three last works, although independent from one another, have been published as Triptico del Carnaval (Carnival Triptych). His books have also been published saddled in-between various literary forms; The Art of Fugue (1997), The Voyage (2001) and the Vienna Magician (2005), collected in Trilogy of Memory. Afterwards, his personal anthology appeared The Best Short Stories (2005). Sergio Pitol has received numerous awards, two which standout in the Spanish speaking world for a life-time achievement, namely the Juan Rulfo of Mexico and the Cervantes in Spain.