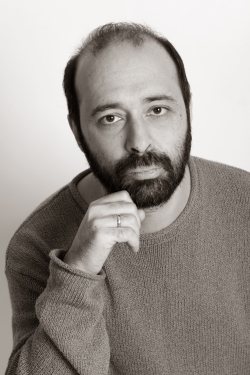 Sergey Kuznetsov was born in Moscow in 1966. In the 1990s he achieved a high profile as one of the pioneers of the internet in Russia, and has written for The New York Times, Harper’s Bazaar, Playboy, Vogue and L’Officiel. His groundbreaking thriller Butterfly Skin has been translated into six languages, and in 2001 he became the first Russian journalist to receive a Knight Fellow scholarship from Stanford University. Besides being an entrepreneur and writer, he is editor-in-chief of Booknik, an internet publication on Jewish literature and culture. He lives in Paris.