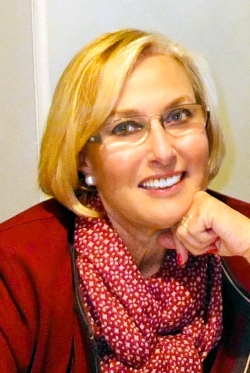 Dory Sontheimer was born in Barcelona in 1946. She studied pharmacy and optics in the Universidad de Barcelona, and after 14 years working at the Liberman Laboratory became an executive in the family business.

As of 2006, Dory focused all her energy in investigating her family history between 1933 and 1945. With what she discovered she wrote her first book: “The Seven Boxes”, published in 2014. During that entire year she participated in various media outlets, from TV, to radio to the written press.

Thus far the book has been published in Spanish and Catalan. In the “Llança of the festivities of Saint Jordi in Barcelona, organized by Omnium Cultural, “The Seven Boxes” received the second award in the non-fiction category. Dory Sontheimer’s book received this mention on being the second most voted.