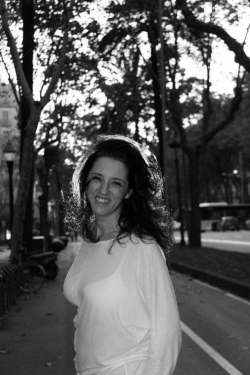 Celia Santos lives in Barcelona. She ran and directed the literary recommendations at Tele Taxi TV for seven years, as well as the literary website Más que palabras (More than mere words). After studying fiction writing at the Ateneo de Barcelona, she has written numerous stories and tales, mostly directed to a young-adult audience. Ana’s Suitcase was her first novel directed to an adult audience; her last novel  Más rápida que la vida tells the story of Dorothy Levitt, a women who broke down all the prejudices of her time.