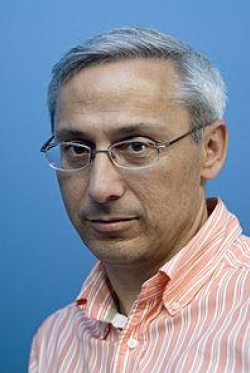 Xosé Monteagudo Folgar (Moraña, 1965) holds a law de-gree, and works in the Internal revenue Office and writes books to give his creative side free rein.He began his literary career with the short story The En-chantment of the Triangle, runner-up in the Modesto R. Figueiredo 2001 award. The following year he was awarded the Blanco Amor Prize for his first novel: To the Voices of News. It would be followed by This Story (2006), A Smart Fellow (2009, Premio García Barros) and The Curious World of Normal People, now available in Spanish in Pulp Books. In 2017 he was awarded the San Clemente Rosalía-Abanca Award to the best Galician novel with All That We Were.