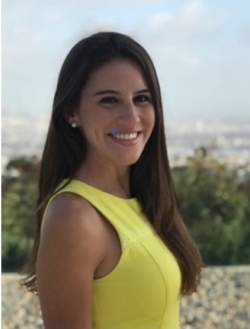 María Paulina Camejo is a young promising writer, a Hispanic Literature and History of Art graduate from Miami University. She started writing Beatriz decidió no casarse, her first novel after arriving in Miami, FL, from her native Venezuela after the arrest in 2011 of César Camejo Blanco, her father, as a political prisoner.
She has worked as the final editor for the books of Diego Arria, Former President of the UN Security Council, Governor of Caracas and author of the book La hora de la verdad, plus being the editor for the letters of Ivan Somonovis, emblematic political prisoner of the Venezuelan regime.

As a student, she has been in the Dean’s Honor List at Miami University and is fluent in three languages. She has been featured at Café CNN from CNN in Spanish as an outstanding example of the Latin American novel, and also at Grupo Prisa, Radio Caracol, and El circuito éxitos de Venezuela, among others. In 2018, María Paulina won the BestSeller Women prize in Miami, rewarding the hispanic succesful writers of the city.