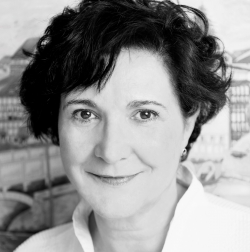 Marian Izaguirre was born in Bilbao and presently lives between Madrid and Barcelona. Her first novel, The Elliptical Life, was published in 1991, with which she was awarded the Premio Sésamo. Since then she has published Forever After (1991), The Opal and the Snake (1996), with which she was awarded the Premio de Andalucía de Novela, La Bolivia (2003, Premio Salvador García Aguilar) and The Angel’s Side (2011), which won the LVII Premio Ateneo-Ciudad de Valladolid.

She is also the author of the anthology The Queen of Cyprus (2015, Premio Caja España). In 2013, Lumen published When Life was Ours, translated into ten languages and very well received by the Spanish and European public and press, which was followed by The Steps that Keep us Apart (Lumen 2015), the revised edition of The Sleeping Lion (Lumen, 2015, which in 2005 had been awarded the IX Premio de Novela Ciudad de Salamanca, and When the Men Appear (Lumen, 2017). After Many A Winter is her latest novel.