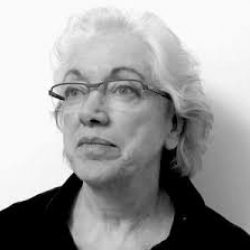 Sara Sefchovich has a degree and a master's degree in Sociology and is a PhD in Mexican History from the National Autonomous University of Mexico (UNAM). She has been a Researcher at the Institute of Social Research of the UNAM for over thirty-five years, where she works on matters related to ideas, culture and discourse.

She is invited regularly to give lectures and teach courses in both Mexico and abroad, on topics which pertain to her specialty. She has published fifteen essay books, more than a hundred articles in cultural magazines and supplements, and more than a thousand newspaper articles.

Besides being an academic, she is also a storyteller in her own right. She has published three novels: "Too Much Love", (Planeta 1990, Alfaguara 2003, 2010 and edición conmemorativa 2015), "The Lady of Dreams" (Planeta 1993, Alfaguara 2001, 2010 and 2015), "Living Life" (Alfaguara 2000 and 2015), as well as short stories and tales in magazines and anthologies. Her work has been translated into six languages and broadcast on radio and made into film and theater production.

She has received rewards both for her essays and novels, including the Plural de Ensayo, the Premio Agustín Yáñez de novela for “Too Much Love,” the Guggenheim Fellowship and the Leona Gerard Endowed Lecture from the University of California.

"Sara Sefchovich is one of the brightest minds in our Mexican letters. It is the combination of many factors and the force of a passion. Her power for analysis and synthesis is one of the most outstanding at the national level."