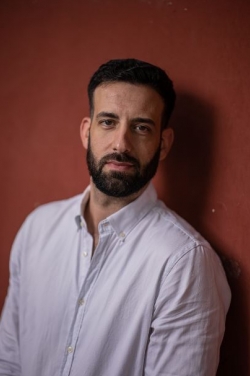 Jaime Santirso is a writer and journalist, with a degree in Journalism from the University of Navarra and a master's in International Relations from Tsinghua University.

He has lived in China for almost a decade, where he currently works as a correspondent in Asia for ABC, one of Spain's leading newspapers, after having previously worked for El País. He also reports for other media outlets, such as Telecinco and Cadena SER. During this time he has covered historical events, such as the start of the Covid-19 pandemic, the pro-democracy demonstrations in Hong Kong or the centenary of the Chinese Communist Party.

In January 2020, he was one of the few journalists who remained in Wuhan when the Chinese government ordered the city's lockdown. In his coverage, he narrated in situ the advance of the coronavirus, the hospitals collapse, the population's reaction and subsequent repatriation of the Spaniards trapped there. This experience is collected in his second book, entitled "The First Days" (Ed. Altamarea).

In 2021 he was awarded the APM Prize for Young Journalist of the Year 2020. The jury highlighted that Santirso "embodies the courage of journalists who, in a country as difficult for the press as is China, he did not hesitate to travel to Wuhan to witness the outbreak of the health crisis and carry out multimedia coverage -chronicles in text, video and photographs- of the city's confinement in the first days of the pandemic”.