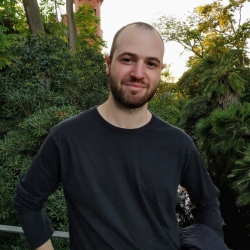 Bernard Torelló is a Spanish writer, born in Barcelona in 1994. From a tender age he was drawn to fantastic stories such as The Lord of the Rings movies, which brought him into contact with J.R.R. Tolkien. At the age of fourteen he was encouraged to write his first story in that genre.

Torelló is a writer and youtuber. Known in the latter sphere with the nickname of Kai47, he has had more than 700,000 followers with his videos on Tolkien's Middle Earth, the works of George R. R. Martin or the Harry Potter Saga, by J. K. Rowling. Bernard began studying at the University of Barcelona and, at the time opened a YouTube channel where he shared his love for fantasy sagas. He also talks about series, movies and video games.

In 2021 he made his debut on the literary scene with The Demon of Arbennios, a novel, of course, in the fantastic genre. The Shadow of Dreinlar is his latest novel.