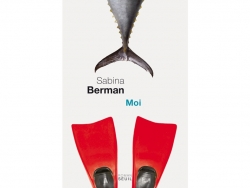 The (Mexican) author Sabina Berman has recently been acknowledged in Europe, on this occasion in France, with the award (Prix del Lecteurs de la ville de Vicennes) for her novel “The Woman who Dove into the Heart of the World” (Moi, Éditions du Seuil, 2011). This award was created in 2006 by the Library Network (Association) of the city of Vicennes with the goal to present an acknowledgement to an author invited to the Festival América (A Literature and Cultural festival of North America that takes place every two years). This year the festival will take place from the 20th until the 23rd of September in the French city.