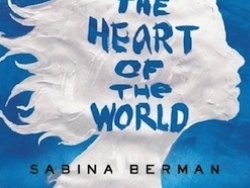 0
"Me, Who Dove into the Heart of the World", by Sabina Berman, nominated to the International IMPAC Dublin Literary Award 2014

Me, Who Dove into the Heart of the World, by Sabina Berman (Destino), appears in the 15th position in the list of nominees to the prestigious International IMPAC Dublin Literary Award 2014, which is rewarded with 100.000 euros. The winner has to overcome three selection phases: in the first one, the responsibles of the public libraries in different countries choose the books; in the second, an international jury reduces the amount of titles; in the third one, a group of authors and literary reviewers select the winner. Some of the authors rewarded with this price are Orhan Pamuk, Michel Houellebecq, Javier Marías, Herta Müller or Colm Tóibín. Berman’s novel, the tender portrait of a peculiar and unforgettable female character, has been published in 33 countries, achieving an unanimous success. Her new novel, Darwin’s God, will appear in Destino in 2014.