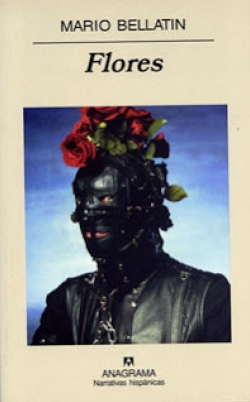 Year: 2004
Editorial: Anagrama
Language: Español, Catalán
Synopsis: His novel Flores is a disquieting text composed of various episodes that interlace and relate. In all of them there is something totally disturbing which reflects a field that contemporary literature has not yet explored. We find the narrator of this book saying: There is an old philosophical technique which is for many the precursor of a still life, and which allows us to construct complicated narrative structures, based only on the sum of determined objects which together conform a whole.

Almost all the characters of this short novel have suffered some sort of disaster that took place before their birth: a scientist who discovers a medicine which causes genetic malformations, a writer who investigates people that practice alternative sexuality; Alba, the poet, who adopts the Kuhn twins, a male nurse and a manicurist who maintain a surprising relationship, and the autumnal lover, who only wants to relate to old people.

Mario Bellatin has created a strict andhermetically closed universe which is subject to a set of rules and which describes a perturbing world. Flores, is a novel in which the limits of beauty become blurred and make it obvious why its author is one of the most important renovators of the genre.