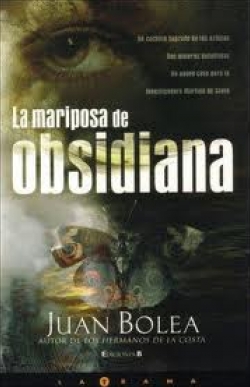 Year: 2006
Editorial: Ediciones B
Language: Español, Catalán
Synopsis: In her first day at her new job the security guard of the museum of Bolscan is brutally murdered. The current exhibition is dedicated to human sacrifices. The crime seems to be inspired in an old Aztec ritual which consists of literally peeling a human being with a knife, and the knife that the killer used may have been one of the pieces of the exhibition… with these few clues, sub-inspector Martina de Santo (who appeared for the first time in Bolea’s previous novel ‘Los hermanos de La Costa’) will have to track the killer down. Her colleagues think the crime might have been perpetrated by a serial killer whom they already know, but Martina has an intuition and will organise a parallel investigation at her own risk.