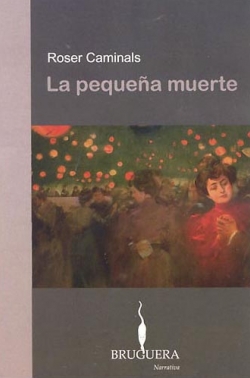 Year: 2006
Editorial: Bruguera
Language: Español, Catalán
Synopsis: Roser Caminal’s novel tells the story of Andreu Nadal, a successful young architect but social misfit, who has climbed from obscure poverty into Barcelona’s upper-middle class in the year 1920. He is an imaginative designer anxious to break with the derivative, warmed-over noveau buildings his partners put up, but he is also curiously empty emotionally. One night, Nadal wanders outside his comfort zone and ends up rescuing a beautiful circus acrobat from the flames of an anarchist’s bomb thrown into the famous Pompeya Music Hall. This explosion jolts Nadal from his routine and disrupts his curiously frozen social development. His investigation of a mystery that includes death, deception jealousy and mistaken identity uncovers guilt and a murderer or two, much to Andreu’s chagrin.