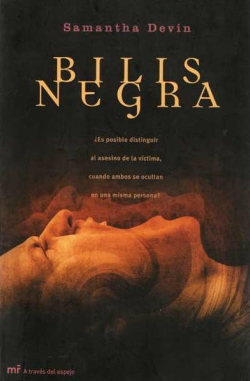 Year: 2004
Editorial: Ediciones Martínez Roca
Language: Español, Catalán
Synopsis: Simon Bughin suspects that behind the unexpected suicide of his sister lies a stormy relationship with a satanic sect. His investigations bring him to Shimts, a small town in the north of Scotland. There he meets the shy and distant Max, a young cartoonist, who has arrived to this remote place lead by a similar preoccupation: his mother also committed suicide for unknown reasons a few weeks ago. Both characters live in the local hotel, an old castle directed by an extravagant nymphomaniac. Whereas Max suffers under the attack of visions and memories of a past unknown to him, Simon begins to suspect that their meeting is not accidental. They are looking for the same man: a famous psychiatrist, fond of occultism, who seems to be responsible for the deaths.

Simon and Max discover that the town and its inhabitants hide a secret that compromises their own perspective on reality. Even if they do not want to, some mirrors will show them the truth they are looking for. But no one can accept a horrible truth like that. What if they are not who they believe they are?