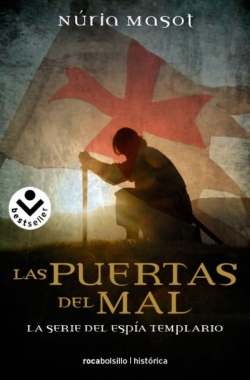 It’s 1276. The Templar Knight Guillem de Montclar is involved in the investigation of a series of crimes in which the victims appear in humiliating situations. These murders are committed by an intricate and almighty mind, and all clues lead to the influence of a mysterious book: The Bestiary of the Unicorn

Las puertas del mal is the last book of her quartet of historical and mystery novels devoted to Templar Knights. Before this one, the previous novels of the serie (La sombra del templario, El laberinto de la serpiente and La llave de oro), have sold excellent in Spanish as well as in the other languages to which they have been translated (Italian, German, Polish, Portuguese, amongst others).

All the novels of this tetralogy are written in a hooking and gripping style, which reminds us of the classics of the adventure genre.