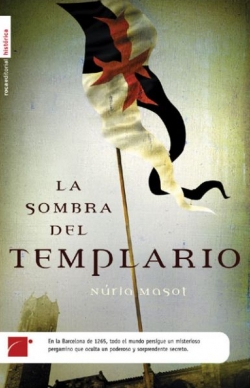 But suddenly the documents disappear, and at this point a mysterious plot begins -intertwined with treachery, secret hideouts, and spies anxious to get the valuable parchments.

What secret do these parchments hide? Why are so many people ready to put their lives at stake because of them? The Shadow of the Templar seduces us with detailed descriptions of Barcelona in 1265, and holds suspense until the final revelation of a surprising secret.