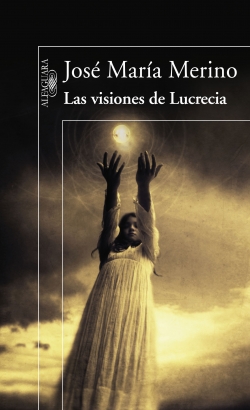 Year: 1996
Editorial: Alfaguara
Language: Español, Catalán
Published at: Bloomsbury Qatar Foundation (Qatar)
Synopsis: At the end of the 16th century, a housemaid in Madrid, humble and ignorant, has terrible visions; the armed assault the king is preparing to attack England, the victorious invasion of Spain by heretics and infidels, the disastrous end of the monarchy. Fascinated by her visions and by the personality of the young girl, some religious figures and nobles create a peculiar congregation around her. Documented with complete accuracy and written with strict exactitude based on actual events and people. Lucrecia’s visions, also recreates the hallucinations and fantasies of that era, a period not so far from our own as one might think,  knocking down the barriers between reality and fiction to build, for the virtue of its literary beauty , it is an unforgettable novel about the destiny of those who dare to dream.