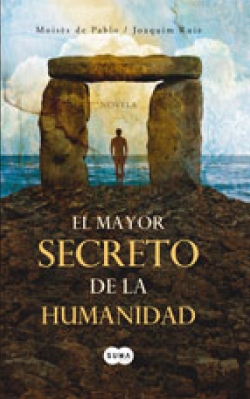 Year: 2007
Editorial: Suma
Language: Español, Catalán
Synopsis: Bosco and Saldivar, a scientist and a detective are investigating the strange chain of events that are being committed in museums all over the world. Thieves have stolen, among other things, Galileo’s finger from the Science Museum of Florence, Einstein’s brain from the Osaka Museum and Edison’s Library in the United States. What lies behind these heists? What is the aim of the Secrete Society behind them? Were they aware that Newton had predicted the end of the world by 2060, with precise mathematical calculations based on the Bible? That Einstein’s brain is divided between the USA and Japan for scientific study? Or that Haron of Alexandria, 2000 years ago already knew the powers of Vapor? This plot, which to a certain degree is reminiscent to Sophie’s World, dwells upon some of the great scientific moments and leads the reader half-way around the world chasing the scent of mysterious heists that hide Humanity’s greatest secret; that which the scientists and inventors of all times have worked and dreamt of. Is there a connection between man’s ancient rituals and our present scientific achievements? This trip will force the reader to pose some fundamental questions about the human being, while following the mystery till the end where the reader will discover an answer that had never crossed his/her mind.