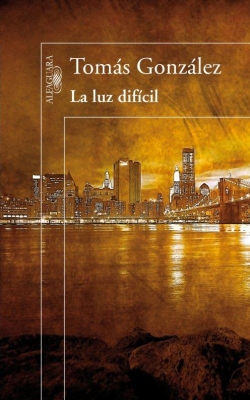 Year: 2011
Editorial: Alfaguara
Language: Español, Catalán
Published at: Bertrand Brasil (Brazil), Seuil (France), S. Fischer Verlage (Germany).
Synopsis: Jacob has decided to die. A traffic accident has left him paraplegic and in lots of pain, making life impossible. David, his father is faced with the toughest of trials: be witness to the process. While Jacob travels somewhere in the US where putting an end to his life will be possible, David withstands the hours in New York clutching to the hope of an inevitable question: will his son back away at the last minute? Practically twenty years later—with a worn-out vision and with an alert spirit—David pieces together his life in New York, his days as a prolific painter, Jacob’s accident and, especially, the moments of waiting along with his family, while his son heads towards the fate he has chosen. The pain’s stupor doesn’t prevent him from beholding beauty with infinite care, and his story is a statement of life itself, so immense and powerful that it even contains death. This vigorous and moving novel lucidly represents the narrative of an author who has always been interested in exploring the closeness of opposites, showing us that when death is imminent, there is nothing left for us to do except to tell and vindicate life.

“La luz difícil looks like it will be the definite crowning of an author considered the best kept secret of Colombian literature.” Semana magazine, Colombia