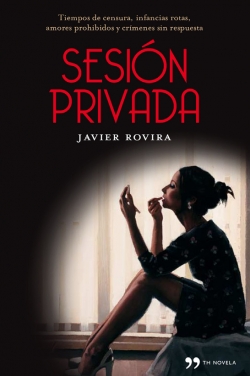 In autumn of 2001, Marcos Alvar follows in the trail of two lovers that committed suicide at the beginning of the postwar period. After a baffling discovery in the spot were they were buried, Marcos embarks upon a complex investigation all while witnessing dumbfounded as his own life irredeemably comes asunder.

And thus, with a double start that pays homage to the black novel, Private Session will peel away its many layers till leaving a compact structure similar to a Matryoshka doll: from the war excesses to our century´s lack of memory; from Francoists Spain´s cultural perversions to a crude present-day report on the lack of affection and tradition.