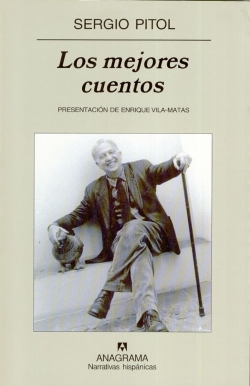 Year: 2005
Editorial: Anagrama
Language: Español, Catalán
Published at: Wagenbach Verlag (Germany), Editions LaBacconière (France)
Synopsis: Pitol claims that during a holiday, holed up in a country house, he began to write his first stories. He must have been twenty two or twenty three. He was convalescing after a breakup, also his first. His aim was to hate the world, but found himself unable to bring it off.

One night he wrote a story, the first, “Victorio Ferri Tells a Tale”, afterwards included in practically all Latin American short-story anthologies, and others, all bitter and cruel, on characters touched by the devil.

Now, when Sergio Pitol has become one of Latin America's most essential writers of our times, winner of the Juan Rulfo Award to a life-time's work, appears this personal anthology of his best short-stories, with a forward by the magnificent writer Enrique Villa-Matas.