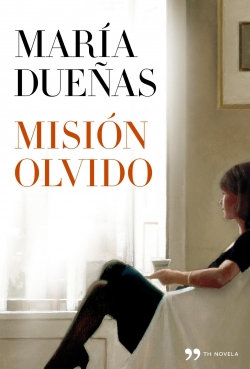 The campus that welcomes her, however, turns out to be much more attractive than what she initially expected, all abuzz at the time by a civic movement opposed to the destruction of a legendary spot for the purpose of building a gigantic mall. And the work that occupies her—cataloging the legacy of an old compatriot, Andrés Fontana, deceased decades ago—is far from being as pointless as it initially appeared.

As she endeavors to organize the memory of that forgotten Hispanist, Daniel Carter keeps growing closer to her, a veteran and attractive American colleague who does not occupy the post he ought to. In-between both men—one through his posthumous testimonies and the other through his growing involvement—Blanca will be carried away in a maze of mixed feelings, hidden schemes and doors not altogether closed.

“Mission Oblivion” is a large and vital story, again told through a woman's voice. The novel moves across frontiers and epochs to tell us about losses, courage, memory and reconstruction. An intensively human work that moves back and forth betweenSpainandCalifornia, displaying unexpected intrigues, intertwined loves and characters full of charisma that captivate us with their strength and passion.

A lucid novel, a tribute to second chances, reconciliation and reconstruction. A re-encounter with the author who captivated us in THE TIME IN BETWEEN and who will once again seduce us with an unforgettable mission.