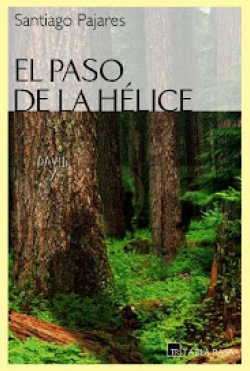 Year: 2004
Editorial: Tabla Rasa
Literary Category: contemporary fiction
Language: Español, Catalán
Format: Softcover
Pages: 490
Published at: Objetiva (Brazil), Panorama (Bulgaria), Rizzoli RCS (Italy), AST (Russia), Libri Könyvkiado (Hungary), Pascal (Poland), Doing (China), Villagebooks (Japan)
Synopsis: What’s more important; the master literary work or the author that hides behind it? David Peralta, editor, is a lucky man; he works in the publishing house that publishes the mysterious writer who has remained anonymous for many years using the pseudonym of Thomas Maud, and is the creator of one of the most brilliant and successful sagas in current literary history; La hélice, read by millions worldwide. However presently, the publishing house still hasn’t received the much anticipated last volume in the series, and David secretly accepts the task of finding “Thomas Maud” and obtaining the novel, that is jeopardizing the future of the publishing house. But how does one find a person that apparently doesn’t exist? Following the only clue he has- the enigmatic author has six fingers on his right hand; his investigation will take him to a small town in the Arán valley, populated by a cast of the most extravagant personalities. Simultaneous to David’s delirious investigation, his marriage is at risk, his job and future happiness as well; and one of the millions of copies of The Helix is being passed from hand to hand in Madrid, from a lonely secretary, to her convalescent niece, to a junkie surviving in the suburban slums and to his ex-roommate, who betrayed him years ago but with whom he has re-encountered, all will find their lives altered at the moment that LA HÉLICE enters into their destiny, moving from its path the predictable waters of their existence and converting them into protagonists of an unexpected plot that startlingly interweaves their lives with the book.