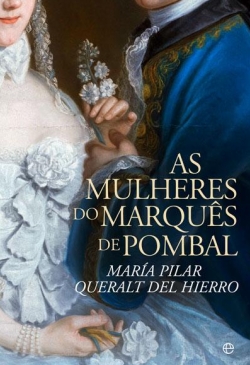 Some bound by blood, like his mother Maria Teresa Luiza de Mendoça e Melo; others, by affection, such as his two wives. The first, ten years older than the young Sebastiâo, was the widow Teresa de Mendoça e Almada. The relationship was not fully accepted, but Sebastiao didn’t hesitate, he kidnapped the bride and secretly married her, shocking every one. Love or ambition to marry a woman who belongs to a higher social status than he does? The marriage didn’t last long; the woman died when the young man was beginning to ascend in the diplomatic career. First London, afterwards Vienna. It was there that he met his second wife, a life-long companion and mother to his four children, Maria Leonor Ernestina Daun. But Sebastiao was an intelligent man, cold, more inclined to political ambitions than to matters of the heart. There is a woman who appears in the story like the great protector and who is responsible for his rise to power: Queen Mary of Austria, who brought him in close contact with D. Joao V and, afterwards, his son, D. José I. But women were also responsible for his fall. His confrontation with the Marquise de Távora, D. Leono, and the bloody feud with that family and the ill will of D. Maria the First for this man brought about this ultimate downfall.

The bestseller author, María Pilar Queralt de Hierro paints a picture of these women who, one way or another, were present in the life of the Marquis of Pombal, the erudite statesman who was responsible for Lisbon’s rise from the ashes in 1755. Thanks to her writing, we travel through the seventeenth century, through the royal palaces, court intrigues, and the salons where writers, artists and politicians bound by the winds of Enlightenment gathered , and it is here, in this milieu, where we meet Teresa Margarida da Silva or Leonor de Almeida Lorena, Marquise of Alorna.