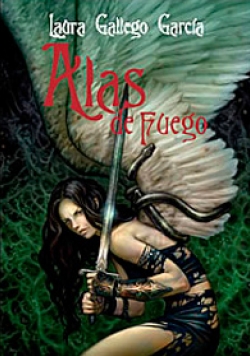 Year: 2009
Editorial: Laberinto
Literary Category: fantasy
Language: Español, Catalán
ISBN: 978848483389 5
Format: Hardcover
Pages: 251
Synopsis: Queen Marla, who is only seventeen, is the sovereign of a splendid nation. Ahriel, a female angel, has been by her side since she was born, with the mission to guide and protect her, and to keep the balance in human kingdoms. However, when she discovers a conspiracy to start a bloody war, Ahriel is betrayed, her wings clipped, and locked up in the terrible prison of Gorlian, a primitive, wild and savage world, which no one has ever managed to escape from. Ahriel will have to learn not only to survive in Gorlian, but also to see things from a human point of view… from ground level.