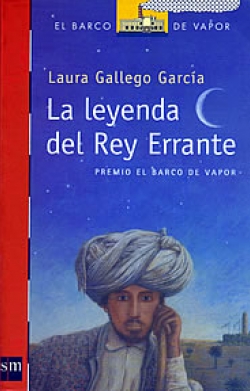 Year: 2003
Editorial: El Barco de Vapor
Literary Category: fantasy
Language: Español, Catalán
ISBN: 978843488818 1
Format: Paperback with flaps
Pages: 215
Synopsis: Walid is an Arab prince who wants to be a great poet, but for three years in a row he has been beaten in the poetry competition by Hammad, a humble, poor and illiterate carpet weaver. Jealous, Walid appoints him as the royal historian, and gives him a series of impossible tasks, such as putting the enormous and chaotic palace archive in order, and weaving a carpet that contains the entire history of mankind. But… what would happen if Hammad actually managed to weave this carpet?