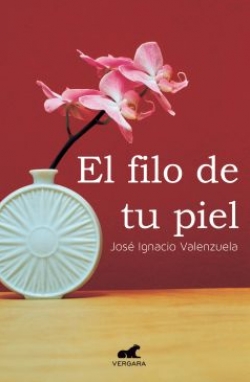 Year: 2014
Editorial: Ediciones B Chile
Language: Español, Catalán
ISBN: 9789568884307
Synopsis: “One can classify pains much in the same way seismologists do: in a numeric scale that measures the inventory of the damage done. At 5, the Richter scale declares that it must be possible to see the quakes’ effects on walls in the forms of cracks or slight fissures. At 7, there is a danger of collapse. At 10, the event can be considered a cataclysm, which is none other than a telluric movement that modifies geography. The same happens with an emotional tragedy. The imprints it leaves on the body, or soul, range from a slight discomfort to suicide. Now I understand. True change comes about at the root, at the center. This is why the result of a misfortune is, always, the movement towards another state.” An innocent trip to New York changes the life of Diego Valderrama, who in that city meets Ulysses, a Porto Rican who has survived the crazy nights of Chelsea, that seductive New York neighborhood. What to Diego looks like as, finally, having found his place in the world turns out to be a telluric love that will lead him to reconsider his self-esteem and his destiny. Fast-paced and exciting, this novel delves into the kind of love that appears to be definite and is so much more: this is the story of someone who is in search of his identity, although for that to come about he will have to live through all the collapses.