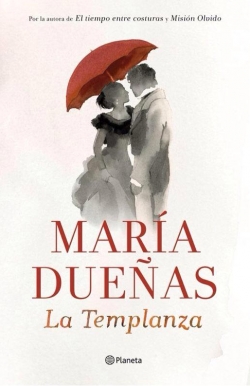 Year: 2015
Editorial: Planeta
Literary Category: historical fiction
Published at: Porto Editora (Portugal), Fraktura (Croatia), Atria (Australia), Insel/Suhrkamp (Germany), Massolit Förlag AB (Sweden), Robert Laffont (France), Muza (Poland), UAB (Lithuania), Mondadori (Italy), Wereldbibliotheek (The Netherlands), Polirom (Romania), Hermes (Bulgaria), Planeta (Spain)
Synopsis: Nothing made Mauro Larrea suspect that the fortune that he had built after years of toil and fearlessness would come crumbling down with a deafening setback. Swamped by debts and uncertainty, he gambles his last money in a daring move that lays before him the opportunity of resurrecting. Till the unsettling Soledad Montalvo, wife to a London wine merchant, comes into his life wrapped-up in chiaroscuros to drag him to a most unexpected future.

From the young Mexican republic to the magnificent colonial Havana; from the West Indies to the Jerez of the second half of the nineteenth-century, when its wine trade with England turned the Andalusian city into a cosmopolitan and legendary enclave. Through these scenarios does La Templanza (Temperance) travel; a novel that speaks of glories and defeats, of silver mines, family intrigues, vineyards, cellars and splendid cities whose grandeur faded in time. A story of courage before the adversities of a destiny altered for good by the force of passion.