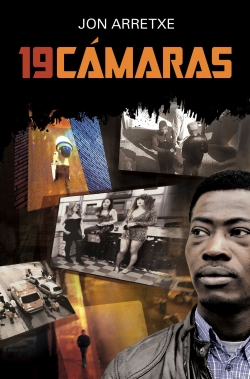 Year: 2012
Editorial: Erein
Literary Category: police, black and suspense
ISBN: 978/8497467698
Pages: 256
Synopsis: Nineteen cameras control the destiny of the inhabitants of the Bilbao neighborhood called San Francisco, the setting for the action of the novel. They are streets that were occupied in other times by miners and dockworkers, that attended to the emergence of republican ideology, and which were a space for freedom and diversion for generations. The closing of many of the shops, the emergence of heroine, and the massive arrival of immigrants upset the atmosphere that they used to breath.

And in this setting we find Touré, an African in an unusual situation who offers his services as a psychic. Pushed by his instinct for survival, he will become an improvised detective and fate will bring him to engage with the most wretched, and surprisingly, with the most elite of Bilbao society, giving way to a sequence of hilarious unforeseen events that contrast with a harsh reality.