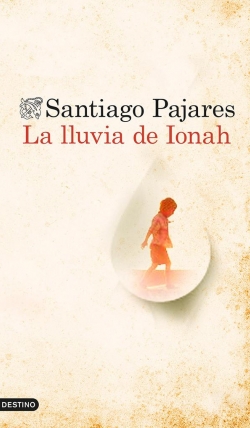 Year: 2015
Editorial: Destino
Literary Category: tales
ISBN: 9788423349760
Pages: 304
Published at: Actes Sud (France), Objetiva (Brazil), Meridiaan Uitgevers (The Netherlands)
Synopsis: The world as we know it disappeared long ago. Ionah knows no other life than that of the desert, where he’s grown-up with the sole company of his mother. Both have survived in the middle of nothing, with only a small well, a vegetable garden and the help of some lizard snares—along with all the dreams they left behind. But in a devastated world, in which not even rain lasts, there are worse things than heat, hunger or thirst: the silence which will envelop Ionah, when in no time he will have to face the world.

Ionah will learn to survive with his mother’s stories as his only anchor in civilization. But very soon he will have to face his destiny and make a decision: to remain in his hiding place or go beyond the dunes that surround him, where countless dangers await, although company, too, as well as the possibility of understanding how the world has reached this point.

A book that, like in the best of stories, tells a tale of growth and exploration of the limits of the human condition, where the inner voice of a child can turn out to be stronger than the sandstorms.