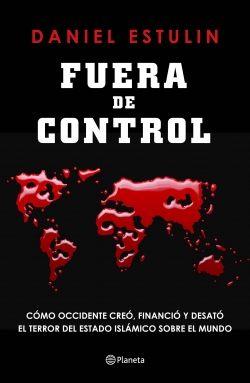 Year: 2015
Editorial: Planeta
Literary Category: history, literary theory and criticism
Language: Español, Catalán
Published at: Sonia Draga (Poland), Sperling & Kupfer (Italy)
Synopsis: Although both the media as well as western governments have made an effort to make believe that the terrorist attacks in Charlie Hebdo in Paris were exclusively an act by radical Jihadists, the truth of the attacks tells us a very different story. What really is taking place is not a war on religion, but rather the tracks of a profound geopolitical game in the hands of western powers and the Masters of the Universe.

As of today, the United States, its partners in NATO and their regional allies, such as Israel, Saudi Arabia and Qatar, are arming, financing, protecting, training and sheltering the Islamic extremists. Their objective: a change of order in the Middle East.

As a consequence of this grand strategy, the tension between Islamic nations will increase and the international crisis will grow in the near future, for what we are presently seeing is not a simple religious war, but rather the first signs of a geopolitical shift, which will have profound and lasting implications.