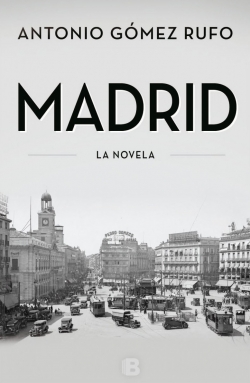 Belonging to all, Madrid was never anyone’s. Therein lies its greatness and its simplicity, its pride and humbleness, its revolutionary character and its dignity.

Through three fascinating family sagas, Antonio Gómez Rufo traces the gripping literary tale of Madrid, from a morning in 1565, in which the youngsters Juan Posada, Alonso Vázquez and Guzmán de Tarazona cross the ancient Puerta del Sol for the very first time ready to try their luck in the City and Court; all the way through to the terrorist acts of March 11, 2004, when tragedy strikes once more in one of the most beautiful cities in the world.

People pass, stories end and rivers tumble and quell before drowning in the sea; but cities remain and their history never halts in their slow journey to eternity.