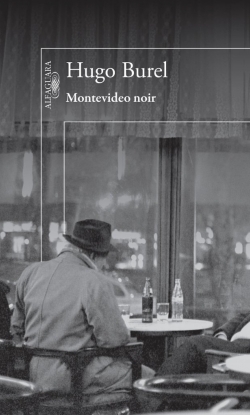 Year: 2016
Editorial: Alfaguara
Literary Category: police, black and suspense
Language: Español, Catalán
ISBN: 9789974732544
Format: Paperback
Pages: 328
Synopsis: Montevideo, April 1964: the pleasant city will soon fall into a time of violent politics. The country is governed by the Collegiate and the word crisis appears persistently in the news. Nevertheless, the social coexistence continues through the calm before the storm.

That autumn, a middle-aged widowed man named Keller sells his family home and rents a modest apartment in the neighborhood Parque Rodó after his son moves to Australia. With the move, Keller begins a new life, that of a single man that wants to leave the past behind. Since the coincidental reading of the Asesino a sueldo (hitman), an unknown police crime novel that he finds in his library, the darkest folds of his soul will be revealed.

Obsessed with Beatriz, his young neighbor, Keller enters into the game that the sinister Murray Sullivan, hero of the novel, represents page by page. This knowledge and his impossible love for Beatriz push Keller to cross boundaries that he never dreamed of crossing. This way, the intertextual game between what he reads and what he does sets off a series of crimes that leave the reader breathless.

The casino of Parque Hotel, the Opera shop, the La Alhambra candy shop and the emblematic café Sorocabana in the Cagancha square are some of the scenes in which Keller´s disturbing world unfolds, in which liberation and carthasis will need a compulsive and absolute act in order to manifest themselves.