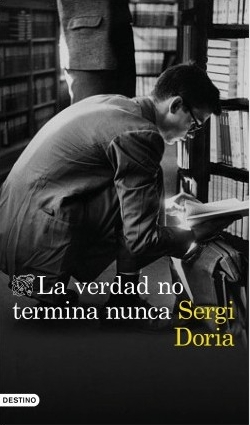 Year: 2018
Editorial: Destino
Language: Español, Catalán
ISBN: 9788423354047
Pages: 352
Synopsis: Alfredo is a young man in the Barcelona of the 1950s, orphaned of his father and with a mother who lives immersed in a vital silence and her dedication to knitting. Alfredo knows practically nothings of how his parents met, and even less why she won’t return to that period to explain to him who he was. Many are the secrets that shroud this woman’s sad face.

But need to discover one’s roots is unstoppable, and fate will lead Alfredo to investigate, on the one hand, a series of characters who lived in the 1930s, the same period in which his parents met, and, on the other, to establish a relationship with the daughter of one the city’s wealthiest families. The Queralt family will reveal the brave and committed person that his mother at a time in which working women were invisible characters for society, and they will help him to understand why she has protected him from the truth for so long.

A moving story that allows us to travel across the decades of the 30s through to the 50s, key years in the history of Spain, and to make a journey through the postwar silence; the explosion of art in the 1920s, the emergence of the black market, the world of journalism and the atmosphere of the orchestras and cabaret.