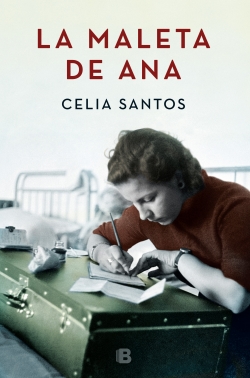 Year: 2018
Editorial: Ediciones B
Language: Español, Catalán
Pages: 320
Synopsis: In the sixties and seventies of the past century, hundreds of thousands of Spanish women immigrated to Germany in search of work. They were anonymous heroines that faced a new world and many a time hostile one, in an effort to help their families. This extraordinary novel is the story of one of them, but it could be that of all of them.

It is the harsh but moving story of Ana, from leaving her native village in Ávila with a small cardboard suitcase to go to work at a perfume factory. It is the story of her youth, her hardships, her complicity with the other female workers and her struggle against social inequalities, but it is also the story of her great love story.

Many decades later after having returned from Germany, Ana meets Cora, a present-day woman who decides to tell her experience before it is too late. Through the eyes and contemporaneous sensibility of Cora, we will delve into the adventure of a courageous young woman who was capable of taking the reins of her life to get ahead.