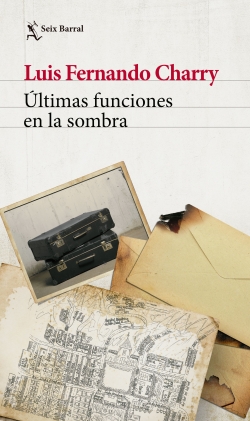 Year: 2018
Editorial: Seix Barral
Collection: Biblioteca Breve
Language: Español, Catalán
Format: Paperback with flaps
Pages: 176
Synopsis: For a long time the Russi have reigned in Santa Isabel. Maximilian, the family’s hierarch, has built a real estate emporium in the village, while trying to educate Patricio, his only child, incapable of making it in the art world. Thus, with the fear of his son leaving him, his father displays his entire repertoire of tactlessness, and manages for Patricio to say by his side, to marry and have a child: Elias Russi, the last of the dynasty, malevolent replica of Maximiliam, and this novel’s protagonist.

A miniature Atlas of human baseness or indiscreet homage to Wilhelm Meister de Goethe, Last Performances in the Shadow picks certain conventions of the familiar novel, of the educational novel, of the hardboiled novel, and suggests, deep down, a series of questions: What happens when the truth no longer makes sense? What happens when imposture becomes an effective way of life? What happens, in short, when life can only be accepted as a farce, a simulation, theater?

“Charry has chosen a poetics that moves between suggestion and innuendos. That which is not said (a way of narrating that circumvents silence) acquires the forcefulness of an inspiration.”