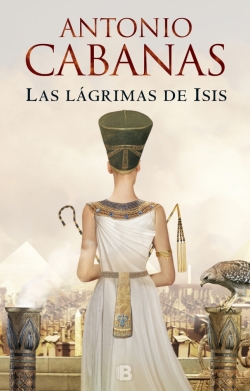 This is the story of a woman who challenged the established order to become the most powerful pharaoh in Egypt. She ruled at the height of the country's splendor, when her army was the most powerful in the world and the kingdom enjoyed great prosperity. And she left behind an immense legacy in the form of architectural wonders that continue to fascinate to this very day.

With accuracy and a style as magical as the time it portrays, Antonio Cabanas immerses us in her life: her childhood, marked by the influence of her grandmother Nefertari; her early youth, in which she endured the pre-eminence of her brothers over her; and her later stage when, convinced of her qualities to govern, she pursued her ambitions with the help of the priest and royal architect, Senenmut. He was her accomplice in the palace intrigues, and together they lived an exciting love story that has transcended to the present day.

A masterful novel in which Ancient Egypt unfolds before our eyes in all its grandeur through one of its most charismatic protagonists.