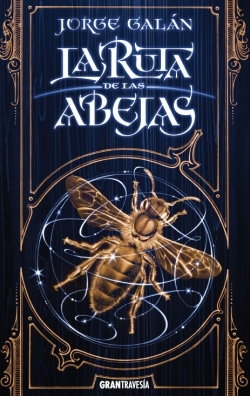 Eldin Menor is a peaceful place with sociable and cheer-ful people, surrounded by large wooded areas. However, to the north lies a valley of perpetual mist, a region with no known name and of which only terrible stories are told. The fog there never dissipates and for centuries nobody has dared cross it.Lobías Rumin is an inhabitant of Eldin Menor, and unlike the rest of its inhabitants, he is a strange and lonely boy. But Lodías’ life takes an unexpected turn on the eve of the spring equinox, when he meets Nu and Lóriga, two travelers with the intention of carrying out the most out-landish enterprise ever: to cross the valley of perpetual mist.The travelers claim to follow the instructions of an an-cient book to find a path that follows the way of the Mornea bees through the fog, and thus reach the Homa tree, the first of the earth’s trees. A series of unexpected events lead Lobías to accept the travelers’ invitation to accompany them.His confusing journey through the mist is full of spectral encounters, until Ballaby, By appears. This girl claims to have seen Lobías in dreams and has come to find him with the mission of taking him back to the Homa Tree. But what the expedition finds on the other side of the fog is as strange as it is terrible: a world at war where entire villages flee from an army that arrives from the north and advances, devastating everything.The Way of the Bees tells the story of a trip, but also that of a war between sinister forces. For Lobías Rumin it will mean the encounter with a destiny that he had never imagined, an adventure that will change his life forever.