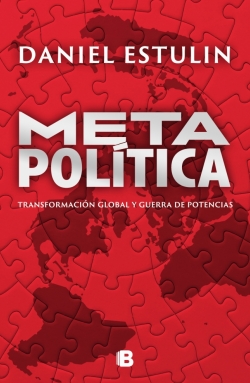 This book is an analysis from the conceptual perspective of what awaits the world between 2020 and 2045.We are at the end of the industrial phase of planetary development. The era of unlimited growth has come to an end. Today, humanity finds itself in the late stages post-industrialism and early stages of trans-industrialism.The dismantling of countries, the breakdown of the Treaties of Westphalia, the end of the current planetary economic model (Bretton Woods), the end of the concept of the nation-state, the rise of the regionalization of the economies that will replace sovereign nations, the birth of the supra-national global projects, requires the crea-tion of an alternative that would allow us to move towards a new post-crisis world, not only in the political, geopolitical or economic fields, but also social and metahistorical.

GLOBAL PROJECTS AT WAR offers answers to the fundamental questions: How does the concept of post-crisis/post-Westphalia/post-Bretton Woods world change (in definitions, in schemes, in classifications) during the transition from one phase of human development to another? What awaits us next? How are we going to survive as a highly technological society in a world whose principles and values are yet to be defined? How will these new civilization canons be applied to justice and resolu-tion of conflicts in the world dominated by Artificial Intel-ligence?