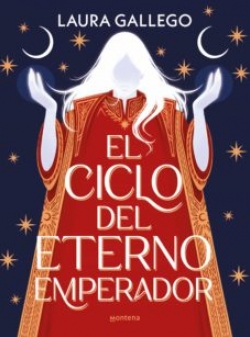 Life and death. Gold and blood. Such is the power of the eternal Emperor of Akidavia.The Eternal Emperor rules Akidavia for a thousand years before dying to again be reborn.After the death of his last incarnation, several members of the Imperial Council show up in a small village in search of the newborn baby that harbors the Divinity’s soul and that, therefore, must take his place in the throne. This is the story of Vintanelalandali, seventeenth incarnation of the Eternal Emperor, raised from childhood to take the reins of the empire as soon as her powers are awakened. But it is also the story of Kelan, a boy raised in a remote corner of Akidavia, whose life will suddenly change the day he decides to defy the local authority. When both their destinies intersect, the future of the empire will take an unexpected turn.