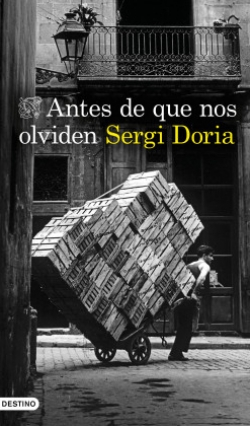 An endearing story set in Barcelona in the years of the Transition, at the height of the "permissive" period, in which family secrets, the search for identity, religious sects and characters with a murky past intermingle to create the unforgettable portrait of an entire era.

In the Barcelona of 1976, Alfredo Burman and his boss, Mr. Moncada, are sacked from their jobs after the publishing house at which they work goes belly up. It is then that they decide to scrutinize the bibliographic collection to sell it and collect on their own account the large compensation that is due to them and that the company has refused to pay. In their search they will come upon the diaries of Mr. Promio, a character with a most enigmatic past.These writings, hidden for decades, will reveal the true identity of Promio and that of his father, a man who was involved in the attack that sank the ship “Express” in 1875 in the port of Barcelona, during the Third Carlist War and which, as of today, remains a veritable mystery.