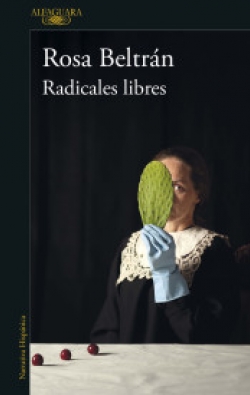 It’s very rare to see your mother’s hands caress her lover’s face. Comb his beard. It’s also rare that the eyes that once watched everything have renounced the world as if they were saying: you can go on without me. “On any given day, in the late 1970s, the protagonist opened the door of her house and saw her mother go off on a Harley-Davidson motorcycle with her neighbor: an extravagant painter and reader of zodiac charts.Many years later, she recounts to her daughter the circumstances that led to that departure, and also those that preceded it, in a story that brings together three generations of women and almost six decades of historical events (from the student movements of ’68 to the current pandemic, going through dictator-ships and the fall of the Berlin Wall, globalization and screens): a subversive and feminist look at the coun-try and the world during that period. A life out of the ordinary, surprising and moving, but devoid of senti-mentality. With narrative intelligence, a sense of hu-mor and a nostalgic vision of a world that is gone, Ro-sa Beltrán gives us an intimate and dazzling story that will find an echo in several generations of readers who’ve lived, in one way or another, what is being told.