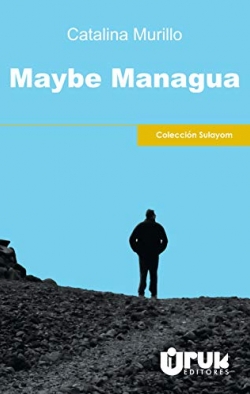 Maybe Managua draws us into Juan's story in Costa Rica, 1992. Juan, a 44-year-old Spaniard, has been “stranded” in that country. He left Spain fleeing the crisis, with a vague dream of starting a business. A swindler sells him a trained exotic bird: Juan can sell it as many times as he likes that the bird will return to him. As an irony of fate, the trick works! Juan seems to be set for life.

But… Like someone looking for El Dorado, he decides to take off for Nicaragua, a country that seems to him to be more pure, primitive. Juan fluctuates between the centenarian old Conqueror and a bitter Quixote.

This “road novel” is put together based on the encounters that Juan keeps on having. The last one, with a Costa Rican woman who has gone to Nicaragua to die, will be definitive. We accompany Juan in his irremediable decadence. Spain and Costa Rica look at each other, attract one another, question each other but come up no answers. Paradise is always on the other side of the sea.

Spain in crisis looks at the so-called “third world” with nostalgia and hope. The novel takes place at the end of 1992, when many Spaniards and Italians left for America in search of a better life. The speculative situation with what occurred some 30 years later, remains a sad irony.