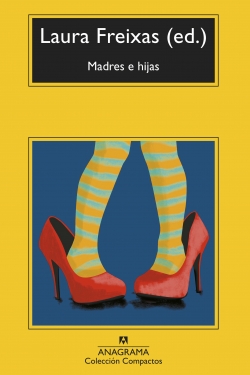 An anthology of extraordinary stories that reflect on motherhood and its ways.

Mothers and daughters: a universal reality, a crucial relationship, and yet a theme almost absent from the history of literature. It is only in the twentieth-century when the mother-daughter duo begins to gain prominence: the first works that do so, such as Sido, by Colette, or A Very Easy Death, by Simone de Beauvoir, establish a genre—the evocation of the dead mother—which will then multiply till it becomes a commonplace in writing and inspire many a writer, who in turn begin to write about their parents.

The mother or daughter figure, or that of motherhood itself, arouses in each of the stories in this anthology (those by Chacel, Laforet, Martín Gaite and Ana María Matute, previously published; the rest, written expressly for this book ) very different visions: declarations of love, fights to the death, fantasies between the angelic and the terrifying, radical criticism of the values ​​of the society in which we live, differentiations between mothers and moms or analysis of ambiguous feelings around a mother whose death splits in two the life of her daughter.

"Beautiful collective reflection on that complex and strange relationship between mothers and daughters. A comforting book, for we all have a void there of questions: what was not said on time, what was not shared." (Lourdes Ortiz, El Mundo.)

“Quality is assured here. The variety of voices and themes is extraordinary.” (Juan A. Masoliver Ródenas, La Vanguardia.)