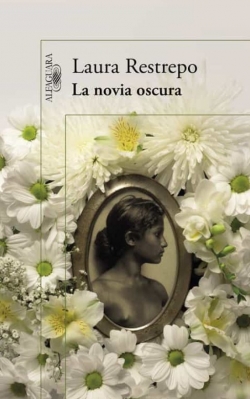 Once a month, the refinery workers of the Tropical Oil Company descend upon Tora, a city in the Colombian forest. They journey down from the mountains searching for earthly bliss and hoping to encounter Sayonara, the legendary Indian prostitute who rules their squalid paradise like a queen. Beautiful, exotic, and mysterious, Sayonara, the undisputed barrio angel, captivates whoever crosses her path. Then, one day, she violates the unwritten rules of her profession and falls in love with a man she can never have. Sayonara's unrequited passion has tragic consequences not only for her, but for all those whose lives ultimately depend on the Tropical Oil Company.

A slyly humorous yet poignant love story, The Dark Bride lovingly recreates the lusty, heartrending world of Colombian prostitutes and the men of the oil fields who are entranced by them. Full of wit and intelligence, tragedy and compassion, The Dark Bride is luminous and unforgettable.

Praise for THE DARK BRIDE

“Restrepo is a fine writer and this is her best book yet. The story of Sayonara, a beautiful young prostitute serving oil workers in the jungle, is haunting, as is the cast of eccentric characters that are drawn to her. The closed universe of the red light district in the miserable town where Sayonara works could well be considered a metaphor for Colombia and most of Latin America. Love, lust, despair, pride, violence, magic and irrational hope give depth and texture to this page-turning novel.” --Isabel Allende

“It’s Restrepo’s achievement in The Dark Bride to tell an engaging if occasionally overheated love story while also illuminating the collision between the life-or-death stakes of the Third World and the mustard-or-mayo obliviousness of the first.  The Dark Bride’s action takes place mostly around the middle of the last century in the jungle-locked Colombian town of Tora, near the enormous extraction operations of the Tropical Oil Co.  Against this politically charged backdrop, Restrepo enacts the epic destiny of a fetching indigenous hooker by the name of Sayonara [through] a cackling, quarrelsome Greek chorus of her sister putas.  This cacaphony of voices gives the story a fine, sexy momentum, a variety of narrative vectors resolving into vigorous, propulsive suspense.  The prose is sylvanly lush and slyly funny...With this...rippingly readable story, Restrepo --who rarely misses a chance here to play up the sexual symbolism of drilling for oil-- strikes a gusher." --San Francisco Chronicle

“Laura Restrepo breathes life into a singular amalgam of journalistic investigation and literary creation. Her fascination with popular culture and the play of her impeccable humor, of that biting but at the same time tender irony…save her novels from any temptation toward pathos or melodrama, and infuse them with unmistakable reading pleasures.” --Gabriel García Márquez

“The Dark Bride is a reporter’s novel, full of tantalizing repartee and details too piquant and quirky to have been invented… The story unfolds slowly, deep in the jungle, by the banks of the Magdalena… [and] every character and scene in the Maupassant tale gets its tropical equivalent.” --New York Times Book Review

“An innovative novel in the form of a journalist’s investigation of a small Colombian oil town populated mostly by oil riggers and the prostitutes who service them...It’s hard not to get caught up in Restrepo’s sexy whirlwind narrative, which also reveals much about the effects of the global economy and Latin American politics.”  --Publishers Weekly

“The Dark Bride brilliantly captures a slice of Colombian life relatively unknown to the outside world… A novel overflowing with fecund description, raw humanity, and humor.” --Criticas

“A powerful love story… Restrepo’s voluptuous, lyrical prose makes this book hard to put down. And the sheer beauty of the language makes one wish it would never end… Only a master like Restrepo could have made so palatable the gritty reality of a life in what we call the Third World.  --Dallas Morning News

“Take the style of fellow Colombian Gabriel García Márquez and kick it up a notch with the manic pace of contemporary news reporting, and you have the imaginative chaotic tone of the latest novel by former journalist Laura Restrepo. This compendium of anecdotes and fables adds up to a vision that is both idealistic and cynical, humorous and tragic.” --Richmond Times-Dispatch

“Restrepo weaves an intriguing story… A bestselling novelist in her homeland, The Dark Bride is a fine introduction to U.S. readers who will undoubtedly compare her to Chile’s Isabel Allende and her own country’s master journalist-turned novelist, Gabriel García Márquez.”  --Miami Herald

“The Dark Bride is worth reading for what it tells us about the struggle for survival on the dark margins of society.” --Washington Post Book World

“[A] lively story flowing with humor, tall tales, and heartbreak… The reader is bathed in the warmth of a rich, human drama.”  --Bergen Record

“The Dark Bride is a tragic tale of doomed love in times of civil unrest… Restrepo’s fiction will undoubtedly be compared to Chile’s Isabel Allende and her own country’s master journalist-turned-novelist, Gabriel García Márquez.”  --Hispanic

An illuminating book born out of a chain of tiny revealed secrets, The Dark Bride captures with tough humour and intelligence stories clearly fed by the real voices of doctors and oil workers, prostitutes and their clients.  As the novel affirms, they have the gift of telling their tragedies without pathos or vanity.”  --Maya Jaggi,Guardian (London)