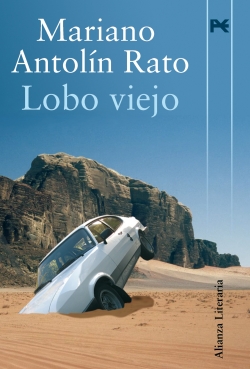 Year: 2009
Editorial: Alianza
Language: Español, Catalán
Synopsis: The writer Rafael Lobo decides to take a trip in his old Ford Carpi to settle, once and for all, the pending debts he has with his personal ghosts. A trip that will take him to real territories—to the south of Spain, rotten from speculation and savage development—, to those of fiction— that of his own books—, and to those others that mix the lived experiences with what could have been. Life and literature will face off with all the consequences that that entails, in at times a cruel fight, and at others without wanting to touch one another, but always with each of them claiming their place ever since Lobo meets the young Silvia Solís, her mother Mery Suardíaz and García—the translator, old friend that is, in a certain way, his complementary and rival—. Everything comes apart in a settling of scores with time. Love and translations, the ruined landscape and the frayed feelings, greatness and failure of authentic living appear, at times, as the main voices and others as the backdrop of an existence—of the hero of some of the author´s other novels that come here together for his follower´s delight—that seems to close amidst the light—always faint—of the accomplished and the shadows—too powerful—of that which will never go beyond a non-accomplished dream. And it will be up to the reader, who in the end, will have to decide who wins the game.

With Old Fox, Mariano Antolín Rato, one the most personal, epic, surefooted and audacious narrators of Spanish literature of our day, has built a novel that carries to its ultimate expression all the obsessions that have made of his bulk of writing an essential sample of his own generation´s outcome, that which begins its adventure with Bob Dylan´s music and is herewith reflected with rare splendor.